A/B testing has seen increased popularity in the online marketing community starting with around 2010 or so. However,

A/B testing has seen increased popularity in the online marketing community starting with around 2010 or so. However, at least according to Google Trends the interest towards A/B testing seems to have hit a plateau in the last years.

Does this apparent saturation mean that  A/B testing is less effective in today’s market? First, let’s go over the basics and then see if they’re still relevant to today’s environment

What is AB testing?

Simply put, A/B testing, in the area of digital marketing, is the process of comparing two versions of the same page in order to see which one converts best. The differences between the two versions can be quite significant (multiple page elements can be different among the two pages) or they can be very subtle (a simple color change on a call to action button).

Furthermore, the more traffic you send to an A/B test, the more chances are that the statistical significance to be accurate. So, ideally, any A/B test should get plenty of traffic for a correct validation process to take place. Some experts, suggest a minimum of 10.000 visitors, but actually the more the better.

How to correctly implement A/B testing into the marketing mix

A/B testing works only if it’s implemented correctly. And unfortunately, many companies that want to give A/B testing a try, don’t have the required know-how and end up having disappointing results.

Some of the most common mistakes when it comes to A/B testing implementation are:

For these reasons and other similar ones, a big part of companies that give A/B testing a try quickly get disillusioned by the lack of results.

Accurately implementing A/B testing means signing up for an ongoing process with dedicated resources. Ideally, any business that’s serious about its growth would have an in-house conversion rate optimization team that would implement A/B tests continuously.

A/B testing is very much still a solid solution for driving digital growth. The principles are the same as they have always been. Nowadays, with modern tools, it’s easier than ever to implement A/B tests, but this does not bypass the need of acutal knowledge for implementing and running these tests.

In the medium to long term future, however, things might change. With the rise of machine learning and AI, it’s conceivable that A/B testing will not be done by marketing teams anymore. But until then, the old school basics still apply! 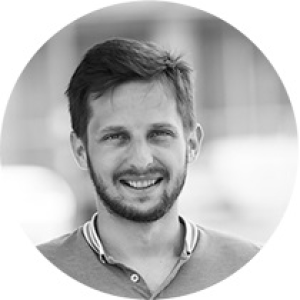 With over 10 years of experience, Radu is a digital marketing veteran. Passionate about SEO, AdWords, Conversion Rate Optimization and more.

Running apps without worrying about serversWhen your applications grow, you must increase your server resources,