Home / A look at the modern naming convention for your company

A look at the modern naming convention for your company

Big companies, in many cases, have the boldest and most unconventional names. Just think of the first big tech company that comes to mind: now think of the name again: “Apple”: a fruit; “Android”: what does that even mean? that’s not a real word. Many of the biggest companies we know have names that are literally unrelated to the field of the company: but that doesn’t stop them from raking in millions of dollars in sales. So what’s the deal? You can’t just wake up and name your company “abracadabra”: or maybe you can. Really it doesn’t matter what you conjure up: the real question is “is it catchy?”

Let’s take a look at the precedent: here are some of the biggest companies in the tech world:

Slack is a popular team collaboration web app, and a multimillion-dollar company. Arguably the best in its field. But let’s take a step back and analyze the name “slack”.

Slack means: “characterized by a lack of work or activity; quiet.” (google).

Turns out that the definition of “slack” is the direct opposite of what the company stands for.

Even bolder when you realize that their slogan says “where work happens”.

Asana is a web and mobile application designed to help teams organize, track, and manage their work. Once again I’ve done a little search for the definition of “asana”: and it means “a posture adopted in performing hatha yoga” (google). So we have a prominent yoga term as a name for a tech company.

What this tells us once again is we have a large spectrum of fields to look at when naming a company. And really, it doesn’t matter if your company is named after something unrelated.

Panic studios is another big company with a bold title. Before we go any further let’s take a guess at what this company does: I’d wager that if you didn’t know this company before now, you’d get it wrong. So let’s spill the beans: Panic studios is a motion graphic studio that makes 2d and 3d video animations. So we can all agree that the word “panic” does not relate to 2d animations or 3d animations in any way. But again this company has pulled off a successful campaign.

It is apparent that naming conventions for modern companies have exceeded the abstract. And pretty much anything goes.

As we all guessed “cleevio” doesn’t appear anywhere in any dictionary. My best guess is that folks at cleevio tossed a couple of words into a test tube, and “cleevio” popped out. With the success achieved by this company, we can comfortably conclude that the meaning of your company name isn’t a factor.

As we’ve seen naming your company turns out to be a lot easier than many people thought: the basic limitations of conformity have proven to be completely unnecessary: to the point that you could basically conjure up a word of your own. With the diversity in naming schemes for modern tech companies, I think it’s safe to say you can go crazy in picking names for your company. 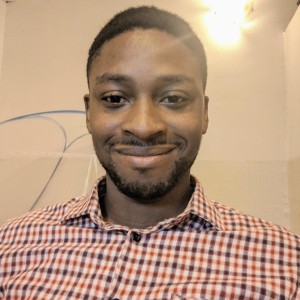 I'm a web/graphic designer, 2d animator, with over 3 years of experience in the field.

Running apps without worrying about serversWhen your applications grow, you must increase your server resources,